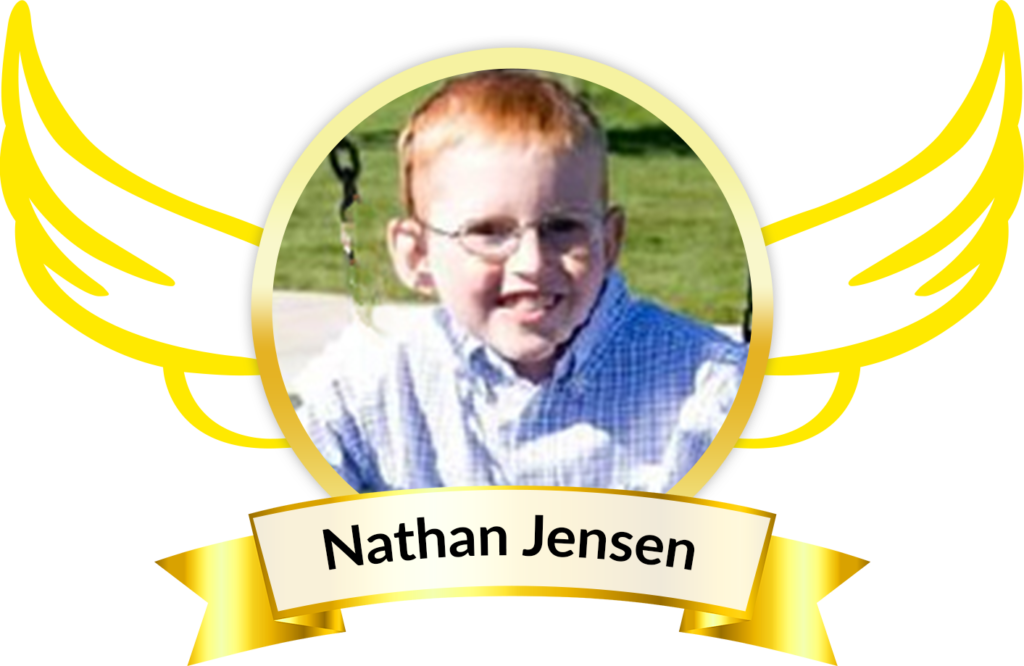 This all started with Nathan having issues with his speech then starting having issues with his balance and weakness on his left side starting in his leg and then moving to his arm. We got a call after lunch from school about the progressed weakness on Thursday and took him to the ER.  There after getting an MRI, we found out he had a tumor in his brain and we were transferred to the U of M Children’s Hospital that night.

Over the next day or so, we found out more information and the planned action for treatment.  We had radiation for 6 weeks and an Oral Chemo (Zolinza).

Next, we took part in a clinical trial in Pittsburgh, PA for a vaccine therapy.  Our first visit will be June 6-7, 2010 and we will return every 3 weeks as the treatment is effective.

As of mid August, the story has taken a major detour.  Nathan started having increasing leg pain and the doctors decided to do a spinal MRI on Aug 10.  In this scan, Nathan was found to have another tumor in the spinal canal at the base of his spine. Nathan had surgery on Aug 12 to remove as much tumor as they could. Unfortunately this means that we are no longer able to participate in the Pittsburgh trial (we went 3 times).  Nathan’s original diagnosis was confirmed with the pathology of the spinal tumor.

As of Aug 31st, we are back in radiation again for 6 weeks for full spinal radiation with an extra boost where the tumor is.  He is also getting Zolinza again.

In mid-late Oct, Nathan started experiencing headaches and dizziness which prompted us to move up his MRI a week or so.  We found that he has 2 small new tumors just outside the brain stem.  One is very close to the nerves heading out to his ear which was causing the symptoms.

At this point, we changed treatments.  We started Avastin (IV) and Ara-C (spinal tap) along with uping the steroids again.  We got a total of 3 Avastin doses and 2 Ara-C doses before things changed again.

The day before Thanksgiving, Nathan started having pretty bad headaches and an eye tracking issue.

Then on Sat, Nov 27, Nathan’s dad Troy passed away very unexpectedly of an asthma attack which turned our world upside down yet again at the time that Nathan and I need him the most.  Along with this, I am about 4 months pregnant with our third child due in May 2011.  Nathan also has a 5 year old sister, Allie.

Back to the medical journey, Nathan’s symptoms have been up and down since the end of Nov.  The decision was made to change treatments again. We are getting Temador (Oral), Irinotecan (Oral) and Temserolimus (IV) in 21 day cycles – 1 week on two weeks off.

Nathan declined pregressively starting the beginning of 2011.  He was in the hospital most of the second half of Jan and at that point lost his ability to walk.  He had surgery to insert a shunt during that time as well.  His cerebral tumors have also continued to spread.  Through Feb he was in and out of the hospital as well.  From March – July I would say he was pretty stable with a slow steady decline.  He slowly lost his speach, his ability to use his hands, then his arms.

At the end of June, Nathan developed an infection.  We tried to foght this but it continued to get worse.  We wound up on numerous IV antibiotics that we were giving at home and had him on a morphine pump.

On July 2, we took Nathan to the hospital for a red cell tranfuction as his hemoglobin was low – little did we know he would never come home again.  Throughout that next week Nathan was up and down.  As little as 24 hours before he died, the doctors thought he could have a couple of weeks.  Very suddenly, he started having breathing secretion mgmt issues.  At about 2AM on July 2nd we called everyone to come.  He survived until 5PM.  He passed peacefully and was no longer in pain and was free from DIPG in Heaven with God and his daddy.

Please learn from this and live life to the fullest with no regrets.  The past is history, tomorrow is a mystery, all we have is today which is a/the ‘present’ so enjoy it.

May Nathan rest in peace and enjoy being cancer free in Heaven and teaming up with his daddy to be the best guardian angels ever.  They will be missed greatly by those that loved them.