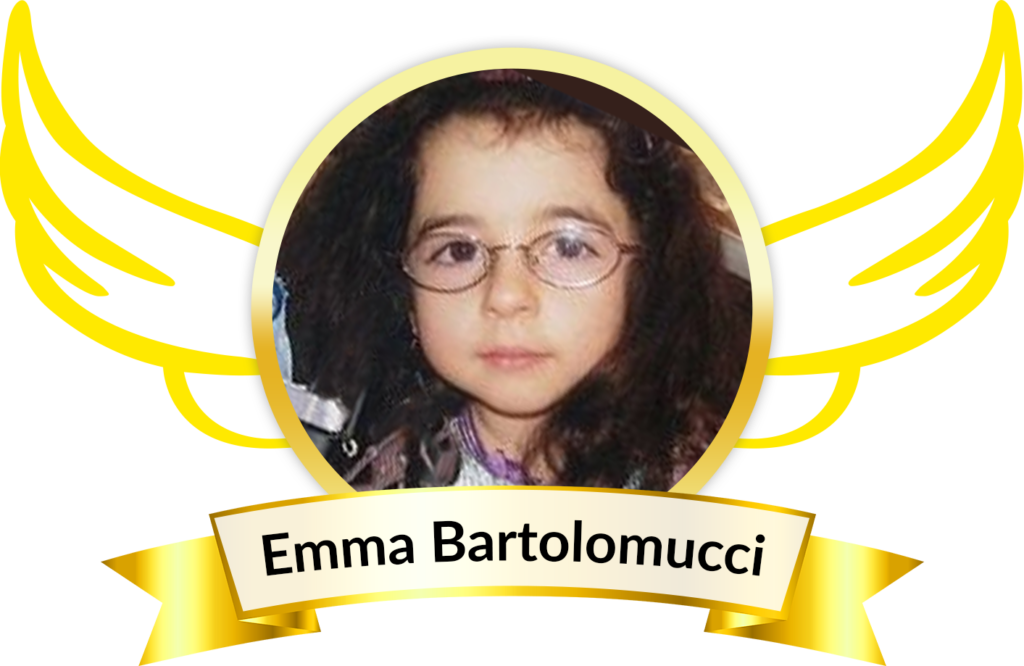 My Heart is big because I have love for everyone. My Heart loves my pink blankie. Jesus is in my Heart.

This is her story.  It all started with a stumble.  In January of 2010 she became very wobbly. She called it “wobbilitis”.  On Feb. 2nd, 2010 our worst fears were confirmed, an MRI showed that she had a brain tumor – later diagnosed as Diffuse Intrinsic Pontine Glioma (or DIPG) – a rare and inoperable form of brain cancer.  On Feb. 3/10  she had surgery at Sick Kids to deal with hydrocephallus and then two days later she had the first of 30 radiation treatments at Princess Margaret.  Looking back we wonder how we made it through those first few days.  We needed to process so much information, make decisions, put our daughter’s life in the hands of the medical teams at both hospitals.  Our families and friends immediately mobilized and helped and supported us in every way they could and in every way we needed.  Emma began her first of 30 treatments on Feb. 6th.

She won the hearts of her medical teams at both hospitals and she endured all the tests, scans, radiation, MRI’s, bloodwork with a sense of grace and humor. Never complaining Emma she was always concerned about others, especially other kids enduring radiation than herself.  We thought we were getting into the clear, but a month after finishing her radiation she began to lose all her strength on her left side – losing the ability to walk, write and increasing difficulty in speaking and swallowing.  It was very puzzling for us and her medical team.  After a bout of pneumonia and another stay in hospital in May and a follow up MRI, it was determined that the right side of the tumor actually inflammed due to radiation, causing the extreme weakness.  The left side responded well to the radiation and had shrunk.

It took a toll on Emma psyche, and our families.  What was supposed to be a honeymoon period where life was supposed to return to normal, became a time of slow and painstaken recovery, with lots of visit to Sick Kids for physio and OT.  Emma was always proud to call herself a “lefty”, and was very upset she no was no longer able to use her left hand.  Amazingly she has learned to use her right and is actually pretty good.  Ugo decided to take the summer off, spending time with all of us – we didn’t know what the summer would bring and realized we needed to make every minute count.  As the heat of the summer rolled by, she became stronger and soon enough we were thinking about school.  A huge change for her – as she would have to attend school in a wheelchair and learn to do everything with her right.

Sept – 7th – the first day of school and in her new pink clothes, a Happy Bunny knapsack and a Jessie and Woody lunchbox, Emma began Grade 3, with me by her side.  Her amazing friends, and their parents were so happy to see her – as well as the school staff.  For 3 weeks I sat with her until a full-time assistant was assigned, and in those 3 weeks, I saw a little girl who was able to overcome so many obstacles, and just be a little girl.  By mid-September Ugo went back to work.  It was difficult for all of us – but mostly for him as he knew that he was spending such precious time away from her.  But knowing she was in school, and he would be home a few hours after her return, we all settled into a routine.

We couldn’t have survived the last 9 months without all the love and support for our family members, so many friends, their friends, co-workers – past and present.  Her story – our story- touched so many people and continues to do so.  We know that their prayers and blessings have helped us all cope.  Our boys are settled in their routines, and comforted knowing that we’re doing all we can – loving and supporting the family as a whole.

The older journal entries are copies of updates sent out as early as the second week in the hospital.  The journals are from her perspective, stories that she sometimes tells us, things that make her laugh, and certainly those make her cry.

Although things are fairly stable now, we definitely do not take this time for granted.  Every morning we wake up and thank God for granting us another day with her, and go to sleep thanking him for the day we’ve just had.

A lesson we could all probably learn from.

To everyone – thank you – we couldn’t have come this far without you.

Emma and her family