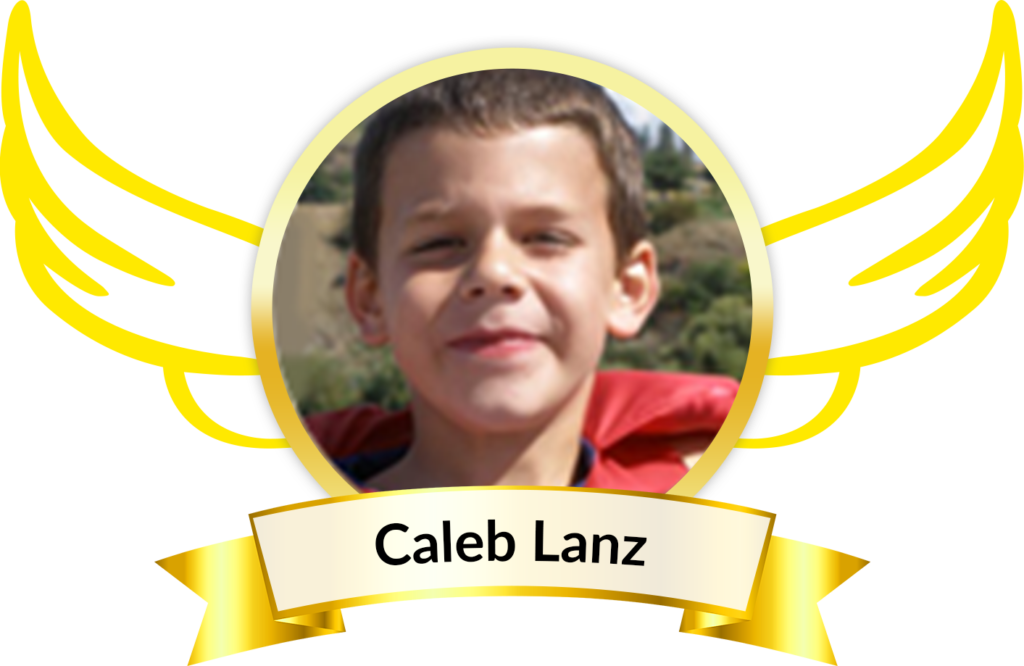 Caleb was diagnosed with a brain tumor on Jan 28th, 2010 we were told the full diagnosis Diffuse Intrinsic Pontine Glioma after the MRI on Jan 29th, 2010 at BC Childrens Hospital.  We invite you to come on our journey of hope with us.  Through this website you can read our journal, look through photos and write a note to us.  Thank you to everyone for your support through this extremely hard time.  This tumor is persistent but so are we.  We love you all.  Thank you for visiting.  We look forward to reading your notes.
Love Shelley and Calvin

Caleb earned his angel wings after fighting a 20 month battle with DIPG on Sept 24, 2011.

For anyone who is interested here is the treatment Caleb received during his fight.  I hope with all my heart that something changes so that other children will not have to suffer the fate Caleb has.

Started Dexamethasone Feb 3/11  (BLAH)
Finished second round of rads February 8th, 2011
Scheduled to start IV chemo Avastin February 24/11
Avastin was canceled
Researching next steps
Fought for and organized an experimental treatment Virotherapy which was to be performed by Dr Souweidane from Cornell Medical Center in NY, NY.  Dr Souweidane was to travel with us to Gaudalajara Mexico to do the surgery.

Dr Souweidane cancelled the treatment because he believed it was too risky for Caleb.

Re applied for Avastin for radiation necrosis instead of anti tumour agent and was approved.

Scheduled to started Avastin several times over a few weeks but was unable to get it because his platelet counts were too low.

Caleb will receive Avastin every two weeks indefinitely in hopes it will improve his quality of life.

Caleb received 5 treatments of Avastin, treatment was stopped due to skin problems and continued deterioration of Caleb’s abilities and quality of life.  It is believed that Avastin helped us lower Caleb steroid dose much smoother than had we not done Avastin.

Caleb took his last dose of dexamethasone (his steroid) on September 21, 2011 he had a good day wand was out of bed for the majority of the day.

September 22nd he was tired and spent the day in bed but still had moment of being awake and communicated some.

September 23rd he became unresponsive sometime after 2:00am

He will be forever loved and missed by many and certainly never forgotten.