Join us on this special day
and be a part of finding the cure for DIPG.


Follow Below to Purchase an Sponsorship/Program Advertisements or more Information:

Follow here to Purchase a Full or Half Page Ad

Please View the Short Videos Below

Tickets are SOLD OUT 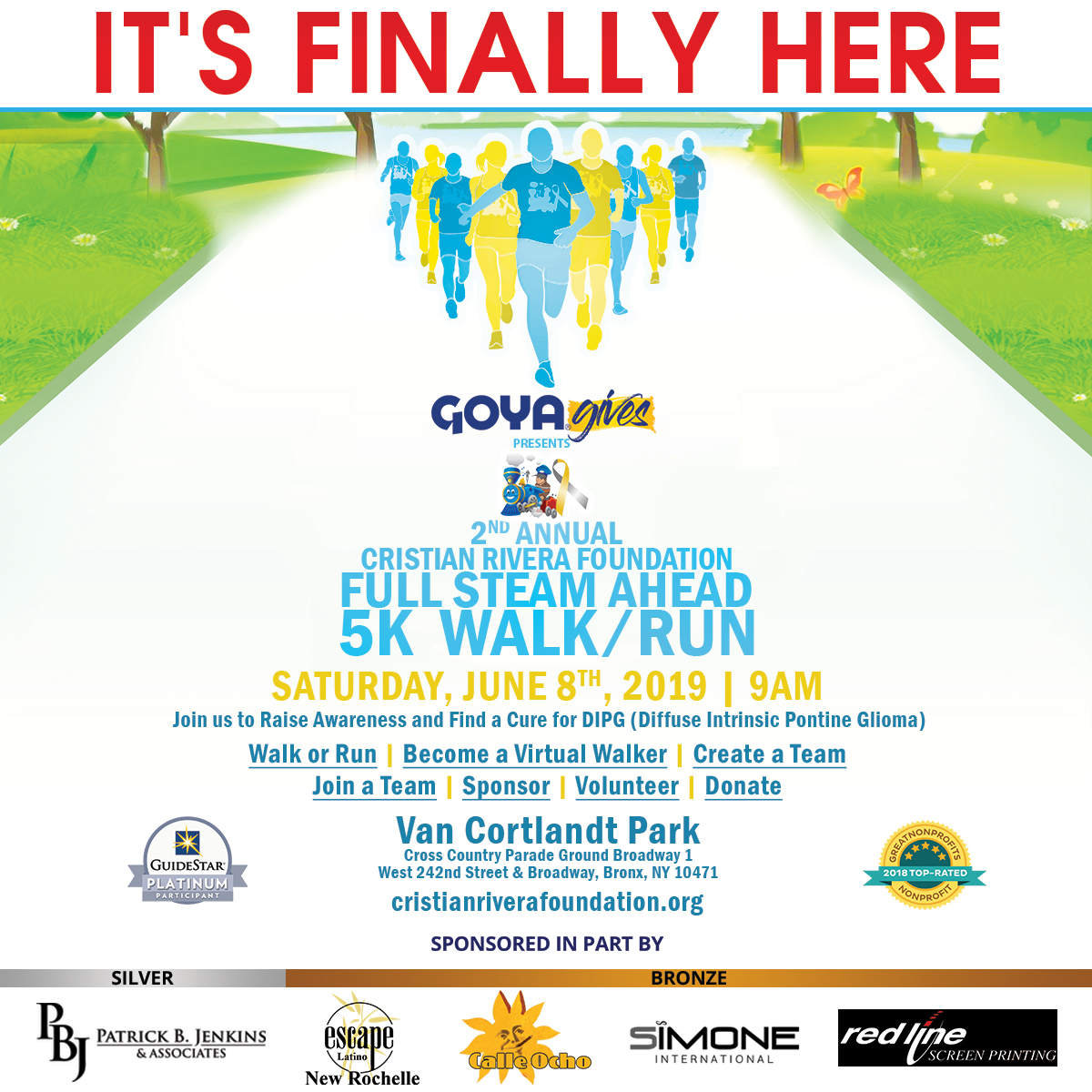 Born in Rio Piedras, Puerto Rico, and raised in the Lowest East Side of Manhattan, Ramon Rodriguez excelled in basketball and earned his degree in Sports Marketing from New York University. Ramon would gain a legion of fans...but not on the basketball court. In 2005, Ramon made his film debut in Carlito’s Way: Rise to Power and a star was born. Ramon Rodriguez would go on to star in the critically acclaimed HBO series, The Wire. His television performances would lead him to starring roles in blockbuster films like "Pride and Glory" opposite Ed Norton and "The Taking of Pelham 123" opposite Academy Award Winner, Denzel Washington. Ramon also starred in "Transformers: Revenge of the Fallen", "Need for Speed", and most recently in the autobiographical film, "Megan Levy”, opposite Kate Mara. Ramon has played a monumental role in assisting victims of Hurricane Irma and Maria. He, along with Rosie Perez, founded The 100 Roofs Project, an initiative dedicated to rebuilding communities that were impacted by natural disasters. His work has garnered global attention and is providing hope to the victims of these life altering natural disasters.

Vice President of Professional Corporate Security Services, Jarrad Seuferling, has worked in the security and nightlife industry for over 20 years. He has brokered dozens of deals in the entertainment industry and is passionate about helping others. Uniting people to elevate businesses is one of his top priorities. Jarrad Seuferling is a proud husband and father of two.

Jesse was born and raised in Chicago Illinois and moved to the east coast 5 years ago to take over sales and marketing for Zylo Restaurant in the W hotel. She’s currently the Director of Business Development for Helena Floors, a project she
co developed with her partner Thomas.

Joshua lost his battle with DIPG in 2012, but he continues to inspire us to raise awareness and fight for a cure. Joshua was considered an “old soul”, wise beyond his years. He was the epitome of generosity and was always concerned with the well being of others. Like every child, Joshua enjoyed sports, video games and spending time with his friends. His happiest moments were with his family.


Please View the Short Videos Below

Tickets are On Sale Now

A Night of Comedy to Benefit the Childrens's Brain Tumor Project

To Purchase Tickets or Sponsor our Event, visit:
childrensbraintumorproject.org/nolaughingmatter/

The Mall at Bay Plaza is an experience where life meets style. With over 100 stores & restaurants, it offers world-class shopping, dining & so much more!

Some may be surprised to learn that Bay Plaza and its neighboring towns are also home to some of the most exquisite and palette tantalizing restaurants in the Bronx!

On September 1, 2018, join us for an afternoon of Fashion, Food, Fun & Wine Tasting! All proceeds will benefit the Cristian Rivera Foundation. Come to the Mall at Bay Plaza where we showcase ‘’A Taste of Bay Plaza Presented by Bronx Fashion Week’’ hosted by Caridad De La Luz.

Known as La Bruja, Caridad De La Luz is a Bronx-born performer who recently performed in the successful Broadway musical I LIKE IT LIKE THAT as China Rodriguez. She is considered one of America’s leading Spoken Word Poets and was named one of the Top 20 Puerto Rican Women Everyone Should Know by who?. Caridad was presented with many awards in her life such as the Edgar Allan Poe Award, Puerto Rican Women Legacy Award, and Citation of Merit from the Bronx Borough President. She is a well-known public figure reaching to accomplish her dreams and give back to her community.

Diffuse Intrinsic Pontine Glioma (DIPG) is a malignant tumor found in the brain stem, which is the part of the brain that controls many vital functions. DIPG affects children of both sexes equally and is typically diagnosed in patients ages 5-9 and accounts for 10-15% percent of all childhood central nervous system (CNS) tumors.

Hop on board and together we can help the 300 children diagnosed each year.

Food and Drinks will be provided

Fill Out the Form Below to Purchase Tickets Online

All proceeds will go to the
The Cristian Rivera Foundation

Food and Drinks will be provided

Celebrate the life of Cristian Rivera.
Join us on this special day
and be a part of finding the cure for DIPG.

WE ARE SOLD OUT


The Ninth Annual Cristian Rivera Foundation Celebrity Gala
is sponsored, in part, by

Click Here to purchase a Sponsorship or for more information.

Click Here to purchase an Ad or for more information.